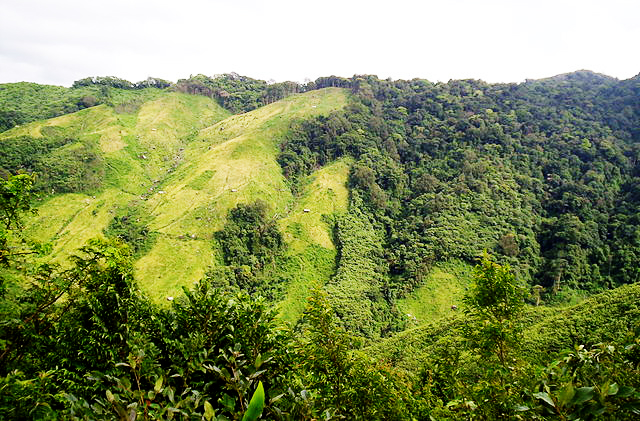 Initially, the vegetation or the forest on the land is cleared where the cultivation needs to be practiced and then the farming begins. After the harvest, the land is allowed to have its vegetation back.

In earlier times, the time given for a land to regain its vegetation growth was almost 25-30 years which replenished the soil to its complete fertility but as the population grew people had to use the same land more frequently and the time given for it to replenish reduced significantly to as less as 5-6 years.

This has a bad impact on the soil and the ecology. The cultivation usually begins before the monsoon season on sets and the harvest is done after it. There are various advantages and disadvantages to jhum cultivation and let us take a look at them.

Jhum cultivation in India is still being practiced in the hilly regions of not just north India but also the hills of other states like Karnataka, Andhra Pradesh, Himachal Pradesh, Orissa, Tamil Nadu and Kerala.

This is somewhat like the slash and burn cultivation because the process of clearing the forest before cultivation begins might include burning the existing vegetation. Also, it should be made sure that the same type of crop isn’t cultivated in the next cycle. This reduces the fertility of the soil multiple folds. That’s the reason it is known as shift cultivation due to the shifting of crops that needs to be done to ensure proper cultivation.

Proper rotation is the key to Jhum cultivation. The process of Jhum cultivation begins before the onset of summer and is done during the month of December and January. After the vegetation has been cleared, holes are dug in the ground for the seeding process. The crops cultivated in the Jhum cultivation are usually the ones that can be harvested within a few months. The harvest is done and the soil is left for replenishment for a while.

Jhum cultivation has various advantages. First and foremost is the replenishment of soil. It helps the soil gain back all the nutrients it has lost during the cultivation. The recycling process helps the natural vegetation grow back and this is what is exactly required for the soil. This method is very sustainable and in today’s world of depreciating resources, sustainable development is what we want. The burnt natural vegetation which turns into ash provides nutrients to the crops and act like natural fertilisers. This offers organic farming advantages through shift cultivation or Jhum cultivation.

The productivity in Jhum cultivation is high even a small area, hence the efficiency is high. This is a rather environment friendly way of farming. Though farming is supposed to organic in every form, recent practices have exploited the resources and that has taken a bad shape. Jhum cultivation controls the growth of weed on the agricultural land which is otherwise a useless green that grows almost anywhere and uses up the nutrients. It is also known to play an important role in pest control of the soil.

Since the soil is recycled in regular intervals, many soil borne diseases that might grow during the course of time are killed and reduces the chances of those diseases to a great extent. One of the major advantages of this type of farming is that there are lesser risks of attacks by animals and natural disasters like floods due to the sloped nature of the land.

Everything that has been useful to the human population has also been exploited injudiciously. Same is the case with Jhum Cultivation. Shift farming can cause deforestation of a surrounding if farmers keep moving around in a particular area clearing the vegetation for cultivation. This has to be kept in check. Repeated cultivation on the same land can lead to infertility of the soil and make the land barren and can then take more than a century to replenish cultivation standards.

People, on the other hand, can resort to cultivating mushrooms, aloe vera, spirulina, sugarcane, pomegranate, banana or even azolla etc. while giving time for the vegetation to grow back. This kind of farming leads to loss of biodiversity in the area and also pollutes the nearby water bodies. The residues produced the cultivation including the ash produced that might be an advantage to the crops can prove to be a pollutant for the water bodies nearby.

Also, the weeds that have been removed will dirty the water nearby. It is known that there is a loss of almost 22 percent of the soil present in the top layer which leads to uneconomical farming methods. Jhum farmers are usually economically backward which brings them back to cultivation very soon and the land doesn’t get enough time to regrow its forest.

The disadvantages mentioned can be avoided by taking the required steps towards it. Farmers should be aware of the loss that they might incur if they do not follow the procedure of Jhum cultivation appropriately.

It will result in loss of crops. Some forest areas can be protected and cultivation should not be allowed in the protected areas to prevent deforestation. There are methods of growing trees and crops at the same time to get the benefits of both and reduce the disadvantages of each type.

Jhum cultivation is nothing new and is being practised for centuries now. Our ancestors made better use of it and followed all the norms that were necessary for the environment and at the same time beneficial to everyone. However, in the recent times with the growing population, there have been exploitations yet it remains to be one of the frequently practiced ways of cultivations.