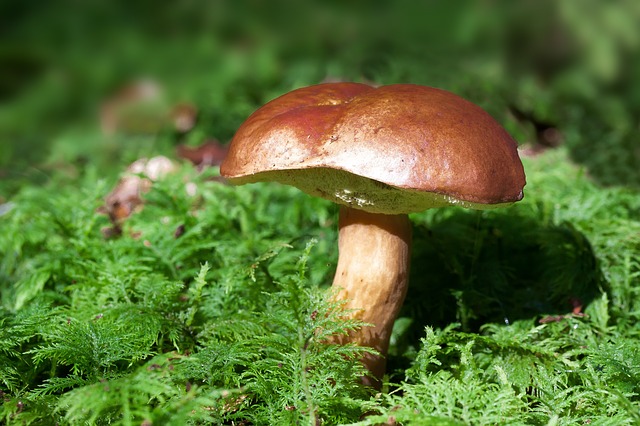 India is primarily an agricultural country and it has been the staple occupation of the majority of the country’s population. India produces a large number of crops which includes various spices, pulses, grains and fruits. It is one of the largest exporters of agricultural produce all over the world. However, there is one cash crop which wasn’t present in the Indian market until the late 60’s and was introduced in the Indian subcontinent when they were cultivated by a German agriculturist in collaboration with an Indian agriculturist at Solan.

1. Mushroom and Its Types 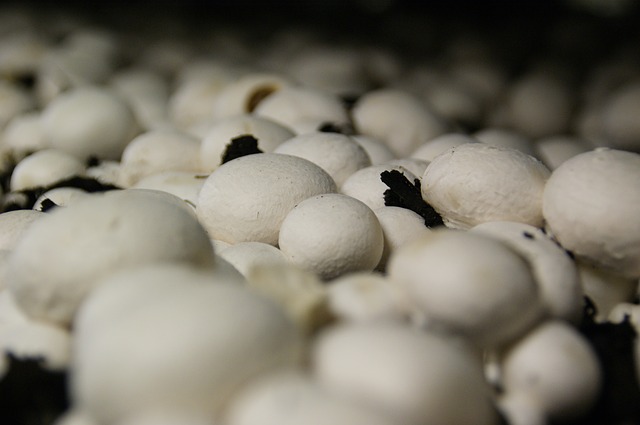 Mushroom is gaining popularity in India with the per capita consumption of it having increased to almost 25 grams. It is considerably lesser than that of the US which is a whopping 3.8 kg. Though mushroom cultivation became a thing only in the nineties many tribes used to consume over a thousand species of mushrooms which grew naturally in the favourable conditions of subtropical Indian rainforests and other regions as well. There are three major types of mushrooms which are cultivated in a systematic manner among a wide range of almost 2000 species that occur naturally, after all it is just a type of fungi that can grow literally anywhere and on top of anything.

Not all mushrooms have the same cultivation process throughout. However, the basic outline of the process remains same for all with just procedural modifications during the cultivation. There are six major steps for the cultivation of mushroom and they are as follows.

These six steps are the basic criteria of mushroom cultivation in India. In this guide, mushroom farming in India is explained for these three major types of mushrooms and the complete procedure to be able to produce them yourselves.

Cultivation of button mushrooms is done in a special way and requires initial hard work of creating the composts which can be of two types, natural and synthetic.

Compost is required for setting up an environment which can act as a favourable host for the fungi to be grown. Compost should be prepared on clean floors which should allow free flow of water and prevent any standing water. The required materials for making a natural compost are horse dung, wheat straw, gypsum and poultry manure or urea. The ratio of these ingredients should be 10:3:0.25:1 respectively. Initially the mixture of horse dung, manure and straw is made and allowed to ferment for some 3-4 days while gently sprinkling water over it. Repeat this procedure a few more times in the next two weeks or so. Finally, when the mixture is spraying an odour of ammonia, add the gypsum in two instalments and finally, highly diluted malathion is sprayed on the compost.

This is an alternate option to natural composting and the ingredients are mostly same except for the horse dung. The ingredients are wheat straw, wheat/rice bran, ammonium sulphate, urea and gypsum. The ratio of the ingredients should be 10:1: 0.2:0.2:1 respectively. The amount should be selected according to the compost trays that need to be filled. Wet the straw and mix all ingredients except for the gypsum which needs to be the last thing to be added. Pile up the compost and then open it up. Redo this procedure every fourth day and add equal amounts of gypsum on the third and fourth turnings. On the 20th day, the compost is ready.

Spawning of mushroom is similar to the seeding stage in agriculture and this means placing the spawns (mycelium) of the mushrooms which can be bought from a laboratory at nominal prices. After laying the spawns on the trays evenly and distributed ergonomically, cover it with a thin layer of compost and keep it moist. Cover the trays with a wetted sheet of paper and sprinkle water at regular intervals. The trays can be stacked on top of each other at 15-20 cm difference. Keep the walls and floors wet for moisture filled environment and the temperature to be maintained at around 25 °C.

After the spawning stage is complete which is indicated by white cottony growth, casing of the mushroom is done by covering the trays with a thick layer of casing soil which can be prepared by mixing equal parts of rotten cow dung and garden soil. The mixture should be heaped up in a pile and covered to be allowed to ferment. The casing soil should be porous and should have good water holding capacity. The temperature should be kept 25 °C for next three days and should be brought below 18 °C after that.

Almost after 35-40 days of spawning or after 15-20 days of casing, pin heads of mushroom start to appear. The right time to harvest is just 5-6 days later, since if the mushroom matures any more, then the pin head pops up in an umbrella like shape and are considered to be of lesser quality. The right method to crop the mushroom is by holding the bulb or the head with forefingers and twisting the mushroom to uproot it from the soil. The soil clinging on to the end stem can be chopped off. Using a sharp sickle to finely cut off the mushrooms from the base of the soil also works gracefully.

It is advised that mushrooms should be consumed fresh and it should not be stored in the refrigerator for more than 3-4 days. Place the mushrooms between moist towels and then in a refrigerator if it is necessary. 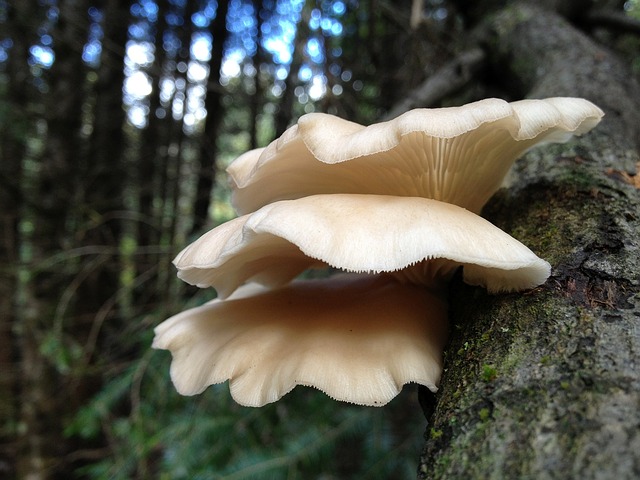 This type of mushroom is the simplest to grow among the major three types. It is also known to have nutritional values compared to button mushrooms and is known to keep a strict control on obesity and diabetes. It is also appreciated for its rich flavour and texture over the other types.

a) Compost or substrate

Unlike button mushrooms which require a rigorous process of preparing a compost, these have lesser complications and the substrate can be anything from cellulosic farm waste, paper waste, waste from cotton or banana tree wastes to paddy straw.

These can be grown in two basic ways, which is either in polythene bags or in rectangular blocks. The yield in both cases is considered to be fairly equal.

Paddy straw is cut in small pieces of about a few cm and then completely wetted with water. Later the excess water is drained out and the straw is placed in polythene bags which has very tiny holes on it for air circulation. The spawn is mixed with paddy straw in a ratio 0.2:6 by weight. The polythene is filled almost two by third and tied with the temperature being maintained at about 25 °C.

Take a rectangular wooden frame without a base. Make a base by using a polythene sheet at lay a thin bed of wet paddy straw. Then scatter spawns on it and lay another thin sheet of paddy straw. Repeat the procedure 3-4 times with a layer of paddy straw on top. Fold the edges of the polythene over the straw and tie with a string. Remove the wooden frame.

Oyster mushroom cultivation in India has seen a jump in the recent years. The spawn check for this is a simple process. 10-12 days later, tiny buds start to appear and the straw get locked within itself. Hence the polythene can be removed and also the blocks take a cylindrical form. They can be placed on shelves and watered twice a day.

The Cropping and storing procedure is similar to that of button mushrooms.

These mushrooms are usually spawned on grains or cereals, but more preferably the paddy straw, hence its name. Spawn can be obtained at a nominal price.

a) Compost or Bedding Material

The paddy straw is bundled and cut uniformly. It is wetted for about 15 hours in a tank and the excess water is then drained out.

Initially a strong base of soil or bricks s made. It should be strong enough to hold the weight of the bed. Place eight bundles of straw, with four on each side and lose ends opposite to each other. Scatter the spawns along the edges of the straw and repeat the procedure by placing another eight bundles adjacent to it.

Just after 10-15 days of spawning, mushrooms start to appear and can be cropped. It continues to grow for another 10 days or so and the yield obtained from this isn’t much but is a lot faster. Storing procedure is same as the others.

Though cold seasons are favourable to the growth of mushrooms there are seasonal growers and all year-round growers in India. People living in hilly regions have the liberty and the climatic conditions suitable almost the whole year where as other seasonal growers just rely on cultivating a fresh batch of mushrooms during the winter season. There are various large growing mushroom units in several parts of India Dehradun, Hyderabad and Pune.

Mushroom farming in India is not as simple as it looks. Though there aren’t very major challenges, infestation of insect larvae is something that needs to be regularly monitored and avoided. Once mushroom flies manage to lay eggs during the spawning, it can get very difficult to obtain a decent yield. There are also some mushroom diseases like bacterial blotch, mildew and nematodes which should be kept at bay by taking various precautionary measures during the spawning stage.

The market requirement of mushroom has been the highest and will only continue to grow which leaves great scope for mushroom farming in India. The quality that is exported is excellent and are usually oyster mushrooms. The scope is vast and there is a lot to explore in this domain. Continuous research takes place in agricultural institutes for the betterment of the yield in mushroom farming.